The beginnings of Newport Golf Club do not necessarily start with their registration with the Royal and Ancient in 1896. There appears to be evidence that the Patrons who frequented the “Barley Mow” Ale House at Shide were playing on the farmland opposite the level crossing situated there well before 1896. Professor John (Earthquake)Milne F.R.S with Harry (The Grip) Vardon.
There now comes the introduction of a famous founder Member Professor John “Earthquake” Milne. (Links) This very important Member was one of the Isle of Wight’s personality’s, attracting many “celebrities" of the time to visit his home and play with him on the golf course just opposite his front door.This man at the turn of the century was a much loved and respected man whose career and influence at the time still resonates today.This one man’s personality, character and attitude is still running through the Club to this day.
His range of friendships covered the whole spectrum of society from Lords and Ladies to his drinking pals at the Barley Mow.
Professor John Milne was at home with his fellow patrons of the Barley Mow just as he was with personalities that came to visit him. This is summed up well by two pictures the first sitting outside the Clubhouse with the 5 times OPEN Champion Harry (the grip) Vardon,this is maybe in modern times the equivalent of Tiger Woods making a personal visit to our Club now.
The other photograph is one of John feeling ‘no pain’ outside the original clubhouse at Shide.
You can make out John in his feathered Trilby and bushy moustache with a wonderful smile and they are having a great time.
Professor Milne’s reputation and legacy was founded in Japan in the late 1800’s and his seismographic work gave him the title of Professor John ‘EARTHQUAKE’ Milne F.R.S.
His invention of the Beam Seismograph saved many lives in Japan and he was given unheard of honours at the time, from Imperial Japan.
When he returned to England he based his seismographic equipment at St.George’s Down at Newport, Isle of Wight. This then became the World Centre for all earthquake reading’s he was also made a Fellow of the prestigious Royal Society. His apparatus is at the Science Museum in London and the Smithsonian in the U.S.A.
John became President of the Club and a Memorial Trophy (a Silver Loving Cup) is played for every year and at the Centenary of his death in 2013 we hope to have a grand celebration of his life.
(Please Google: Earthquake John Milne to find out more about this unsung hero of modern science)
The Club continued in the same location all the way through to middle of the 1980’s when gravel extraction threatened to close the Club
However the Club was saved and moved the Course to the top of St.George’s Down where it is now situated.
The area was reclaimed a Quarry which had been filled in and not in any way suitable for the growing of grass!
However the members were not giving up their Golf so easily and set about improving their lot by pure hard graft and dedication. Over the years the Course improved as Members would give their time before and after work to produce a hidden gem in a wonderful location.
The views are terrific and the Course is a testament to all of those people who over the years(and still do) have made this Club what it is today.
During the last few years a Driving Range/Academy has been added (with views to die for!) Which has benefitted not only the club Members but also the Local Community ,with at least 5 local schools having tuition with at up to 50 children a week taking part.
The future is looking good for the Club with a strong loyal Membership and the prospect of the old course being returned to us, in the very near future.

THE COURSE DEVELOPMENT IN THE 80’s

Back in the early 80’s, Vectis Stone / ‘Bardon Vectis’ (now Wight Building Materials) acquired the land on the old course for quarrying. Newport Golf Club set about to build a new course which opened in 1983. Below are early some photos of the development progression. 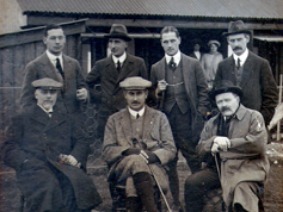 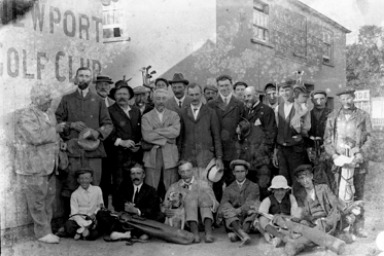 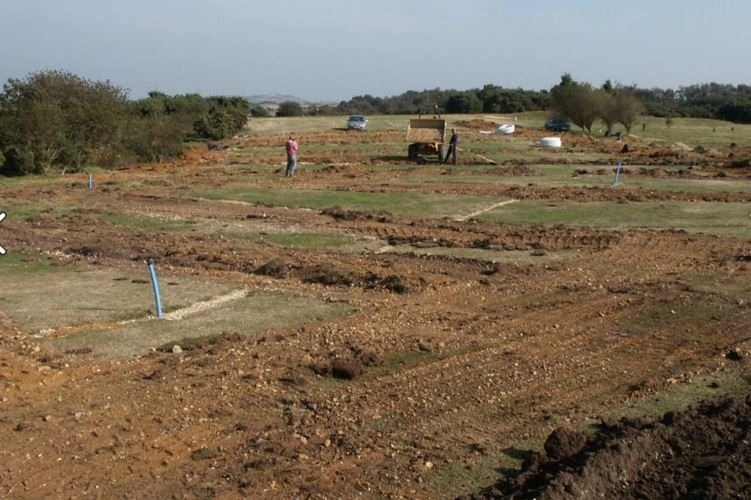 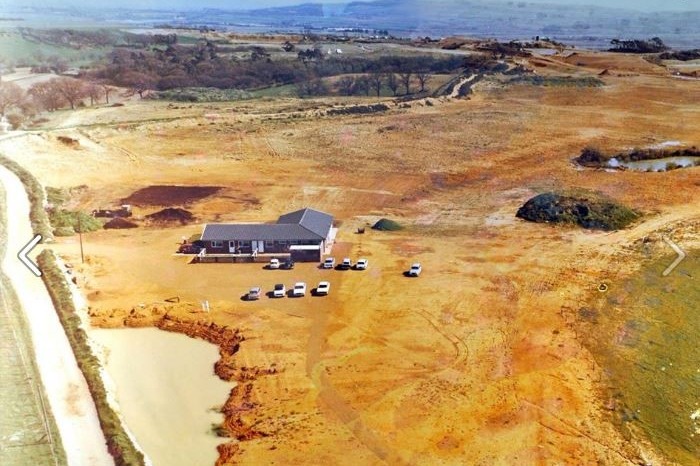 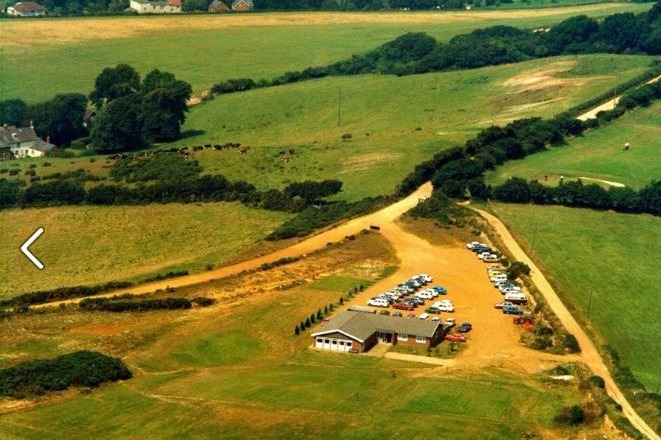 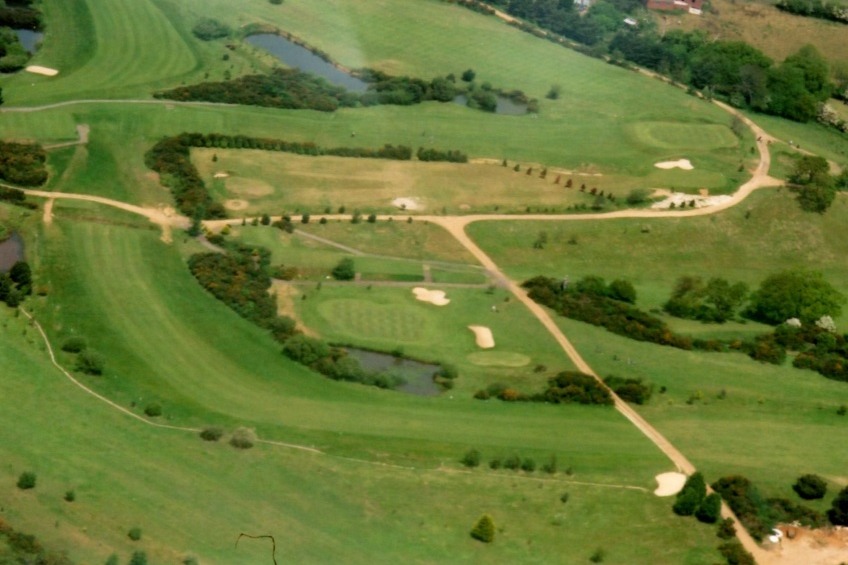 Geologist, engineer and seismologist John Milne is known as one of the most significant contributors to the understanding and evaluation of earthquakes, developed the first international network for seismological data, and created what may be considered the world’s first modern seismograph. (See history page also). Professor John Milne was a former Captain and founder of Newport (IW) Golf Club.
On 27th July 2013 the members of the Club played the annual trophy 'Medal competition' in his memory. The event was well supported as always. William Twycross (living relative of Milne) was here to present the prizes and the Milne Cup to the winner. He also did a short presentation about the life of John Milne particularly talking about his love for golf and the Club where he and his dog (Billy) used to spend many an hour.

Above is the 2013 Milne Cup Winner Steve Newman and William Twycross (only known living relative of John Milne).

A commemorative plaque was also unveiled by William Twycross
after the trophy presentation.
Kindly donated and paid for by a member of the Club, Dave Boon